The Slave Master, the Slave hunter and the Slave-A Reply_FE(2) 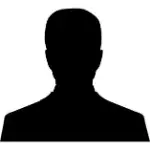 Want to watch this again later?

Sign in to add this video to a playlist. Login
0 0

The Slave Master, the Slave hunter and the Slave-A Reply_FE(2)The Slave Master, the Slave hunter and the Slave-A Reply_FE(2) is the Full Version of the continuation of our series on the age long lie that claims the Negroes were sold instead of captured and blaiming the Aro for the slave trade. This video is however a response to some comments we got from the descendants of the slave hunters who insist that the Negroes could have captured and sold themselves. It also tries to examine the accounts of the Slave master, The slave Hunter and the slaves themselves.For those that have supported us, we say thank youYou are welcome to support us at https://www.paypal.me/OurRenaissance https://bit.ly/2OxCtF8 or at https://www.patreon.com/OurRenaissanceFor those that have supported us, we say thank you â€Œ â€Œ â€ŒREFERENCESâ€Œ â€ŒPinkerton, J. (1802). Modern Geography: A Description of the Empires, Kingdoms, States, and Colonies, with the Oceans, Seas, and Isles. All Parts of the World, 2, Barth, J. C. H. (1857). Travels and Discoveries in North and Central Africa, Being a Journal of an Expedition Undertaken... in the Years 1849-1855 (Vol. 2). Harper & brothers.M'Queen, J. (1840). A Geographical Survey of Africa: Its Rivers, Lakes, Mountains, Productions, States, Populations, &c. with a Map on an Entirely New Construction, to which is Prefixed a Letter to Lord John Russell Regarding the Slave Trade and the Improvement of Africa. Cass.Swann, A. J. (1910). Fighting the Slave Hunters in Central Africa: A Record of Twenty-Six Years of Travel and Adventure Round the Great Lakes. Seeley, Jackson, and Halliday(1858) The Church Missionary Gleaner: Volume 8Brown, R. (1896). The story of Africa and its explorers (Vol. 4). Cassell.RAMSAY, J. (1788). Objections to the Abolition of the Slave Trade, with Answers. To which are prefixed, Strictures on a late publication, intituled:â€œConsiderations on the Emancipation of Negroes... by a West India Planter.â€.Blake, W. O. (1861). The History of Slavery and the Slave Trade, Ancient and Modern. H. Miller.N.A(1713) The Asiento, Or Contract for Allowing to the Subjects of Great Britain the Liberty of Importing Negroes into the Spanish America.Khaldun, I. (1967). The Muqaddimah, an Introduction to History, translated by Franz Rosenthal, Vol. 1. New York.Weld, T. D. (Ed.). (1839). American Slavery as it is: Testimony of a Thousand Witnesses. American Anti-Slavery Society.

You must login to be able to comment on videos
Reply 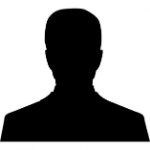